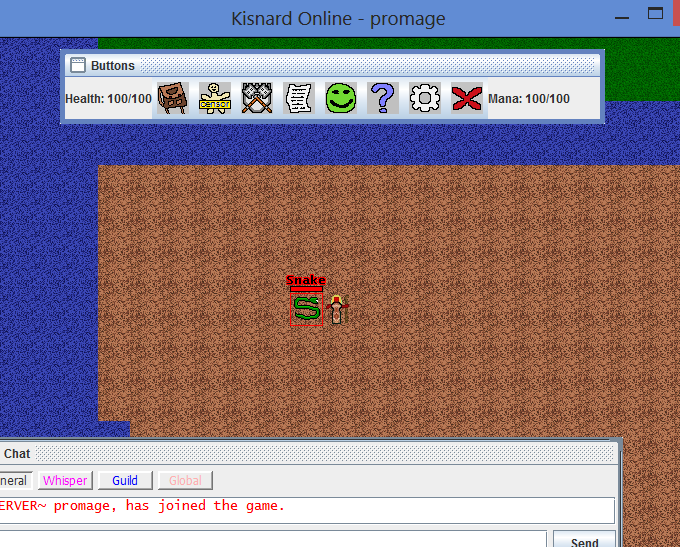 Kisnard Online now has various different types of in-game chat. Do you hate typing /w or /g for whisper or guild channels?  To get focus on the chat text box you either, hit enter, click in the box, or click a chatting mode type.  In order to change chat modes all you need to do is hit tab while in active typing mode.  It will flip between the 4 modes.  And of course after I take the screenshot I decided to remove the chat modes on each line before the character name, but you get the general idea.  I am still unsure how/if I want to do private messages, but I am leaning towards not. 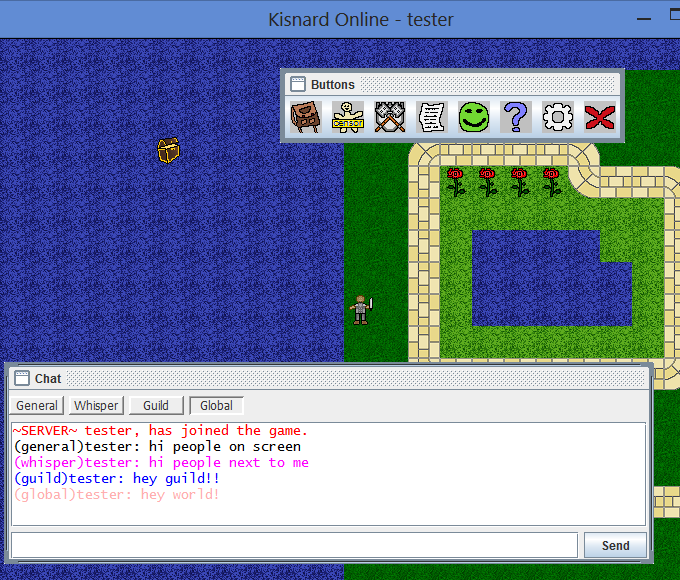