Game will update itself

I have begun really working on hammering out the technical details.  As I am sure you can tell this is the beginning of a game updater.  There is nothing worse than having to un-install and re-install a program just to update it.  I am excited to have all of this stuff done so I can begin working on the game itself. 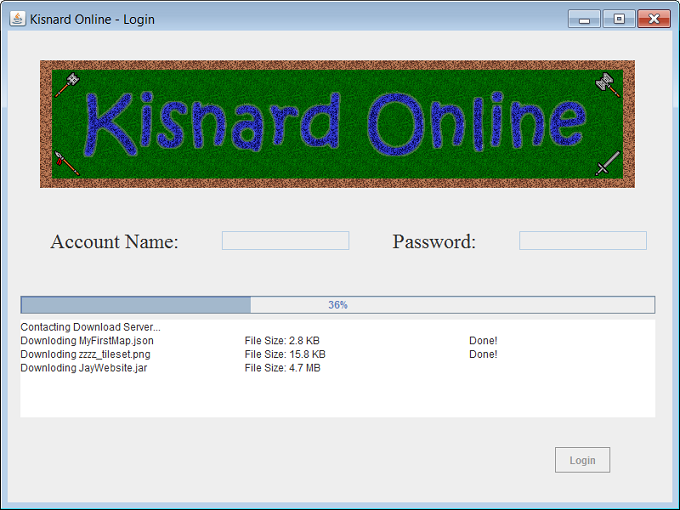 Hopefully from this point on I have a good architecture to work off of.  Obviously the graphics are just placeholders and windows skins are pure java for now. 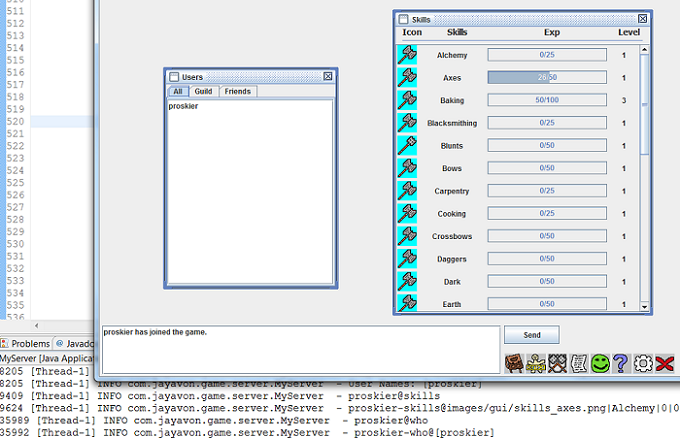