It only took me a little over a year(first line of code was written 09/04/2011).  Players can actually walk around now and interact and the other players can see movement live, as it happens.  It certainly is a long way away from a game, but it is getting there.  Check out the fraps below to see the active movement of different characters.  Players would move at the same time(or microseconds apart) if I had more than one computer to play on.

There is nothing worse than playing a new game and having out of date help. You have no idea what to do and most often make bad decisions that are un-changeable or cost money to change. Yuck.  With a bit smart coding for the future, I was able to make the in game help window pull directly from the website and parse itself nicely.  What exactly does this mean?  Update once, in one place, and have it be up-to-date everywhere!  Now I just need to make the game more “playable” so there is something to actually be confused about.  After all is said and done, I will also need to remember to update the help on the website. :p 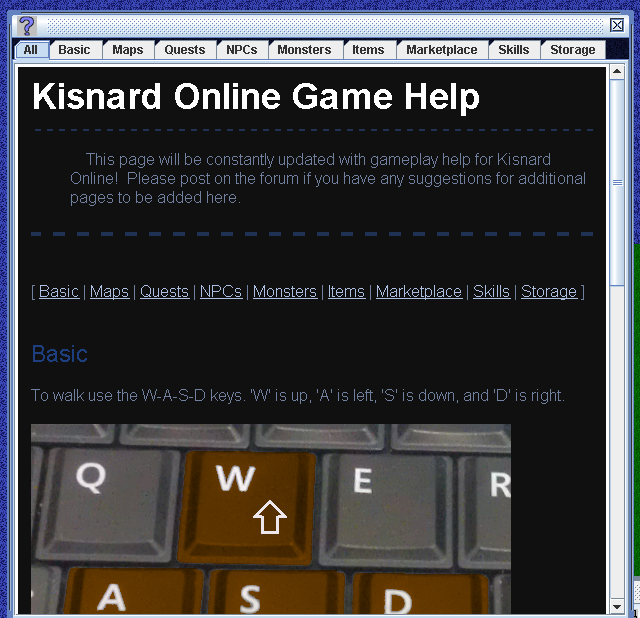