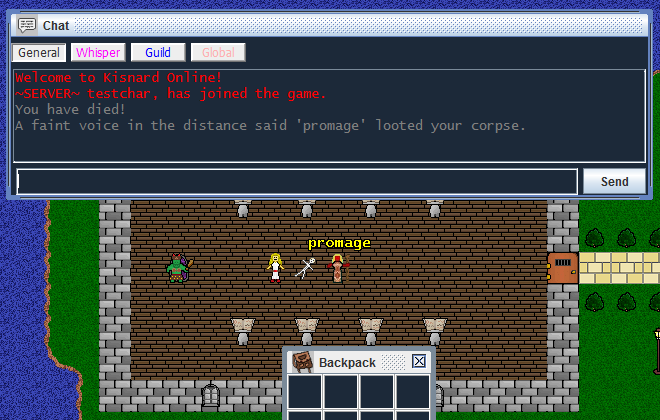 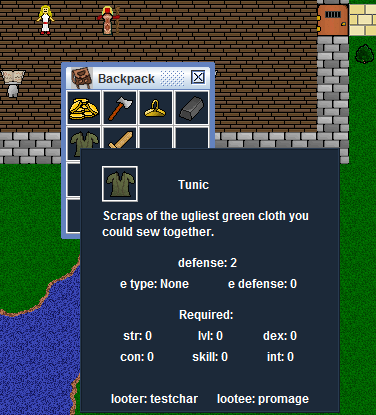 Bodies on the floor

The skeleton definitely needs some work drawing wise, but as you can see there are now bodies (corpses) in game.  Each ‘corpse’ contains the player’s full backpack, possibly 1 equipped non-looted item/up to 2 looted items.  I think the player will be able to right click on his/her corpse to pickup and auto re-equip at the same time.  If the player equips any item(s) into those slots, post-mortem, on the way back to the corpse and then tries to right click the corpse those items will remain in the corpse.  I am going to post some thoughts on death gameplay rules on the forums – come have a say. 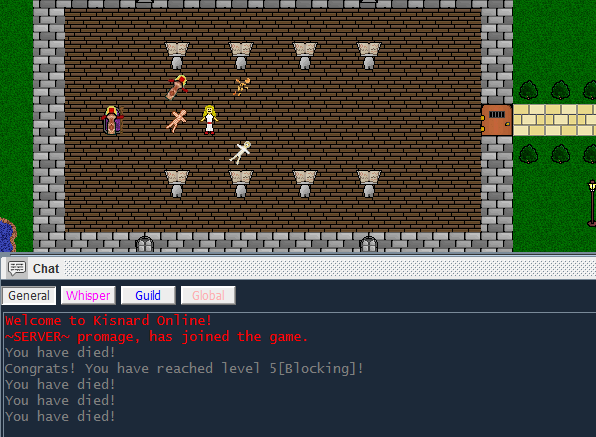