Working on a reading system so players can dive into the storyline (lore) of the game.  Books, signs, scrolls, etc. will be scattered throughout the game.  I want to make some of the interfaces look a little bit better than plain java! 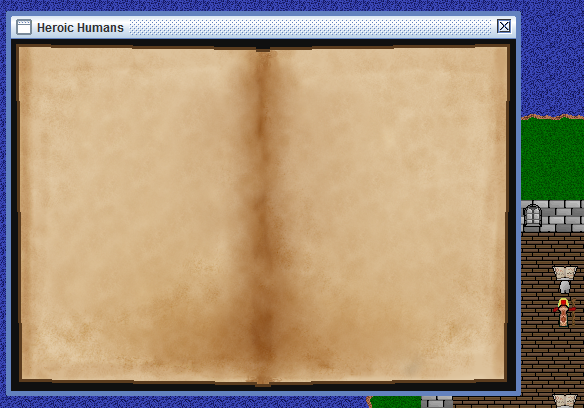 Text is automatically pulled in from the client side.  You can flip pages.  Working on integrating into quest system. 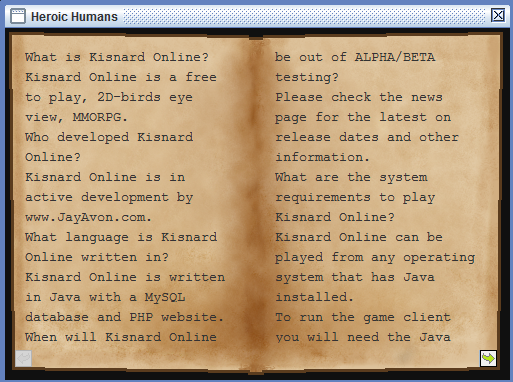 Each ‘save account name’ is saved per character configuration file.  It is the little things that make playing easier/faster.  The config file that was updated most recently(last played character) is used when the client starts(opening the game). 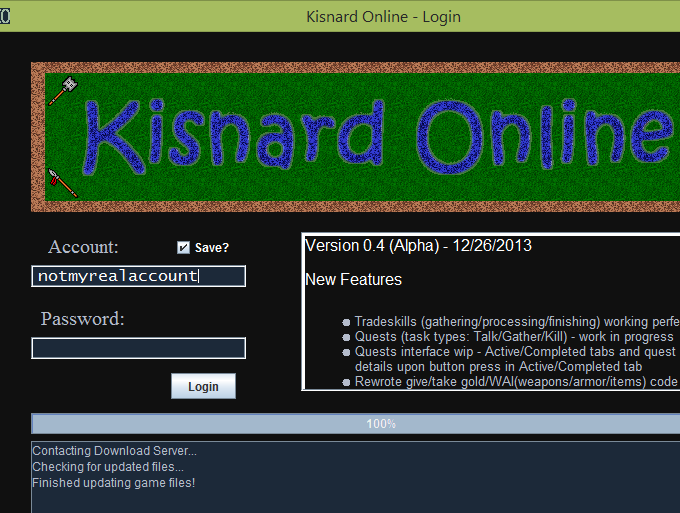