Spell casting is working (hopefully bug free)! You can cast attack spells on yourself or others (players/monsters/npcs). You can cast buff spells on yourself or others (players only). Find spell scrolls from monsters in order to be able to unlock them in the spells window. You can also cast buffs on yourself or other (players only) with certain items in the game. They will be persistent upon logging off and back in. Their applied time will only countdown while you are logged in and playing the game. Eventually there may be buffs to exp, drops, and gold in the premium store – very minor non-game-breaking buffs that is.

Music is fully working so I started to work on buffs. Certain items and spells will be persistent for a certain number of seconds. What that means is some items will heal you 20 health and some will buff your strength stat by 5 for 10 minutes. Same thing with spells… now I just need to code the ability to cast spells in the game. 😀 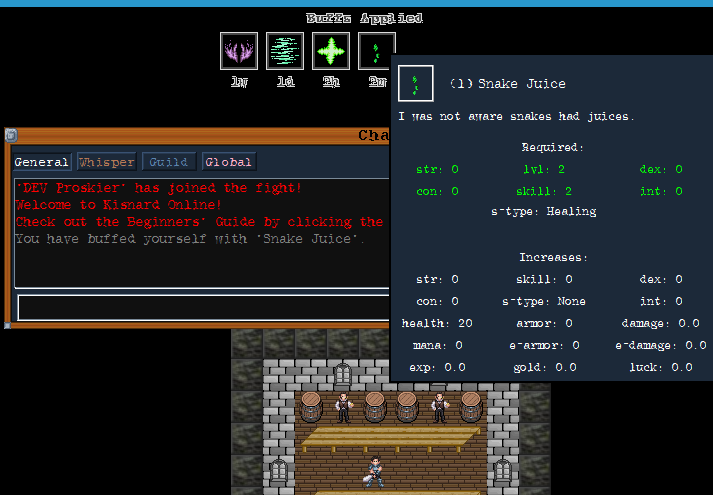 I will keep working away. Hoping to get some more help recording music and sound effects as now I have it implemented fully. If you can help in any way please reach out. I would really appreciate it.