Here is a little preview of the new armor for the next large content release.  Our new artist, Cecihoney, has been working her butt off on new content.  At least for now, all three classes will have 4 sets of unique armor. 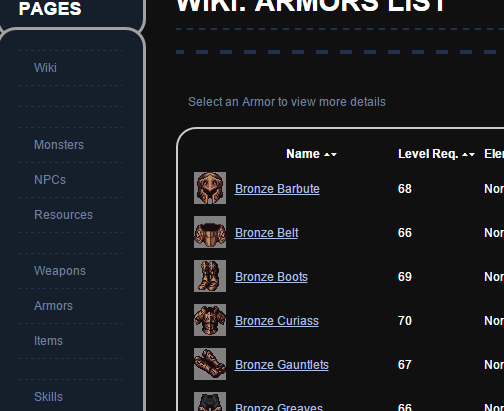 Cecihoney’s work looks awesome!!  She has been working on more than just armor by the way.  Check out her bio on the DEV and GM list page.

Here is a small preview of some of the new artwork.  In the image below are the artwork for some new NPCs and new landscape tiles.  The next release will contain a lot more new (animated) artwork. 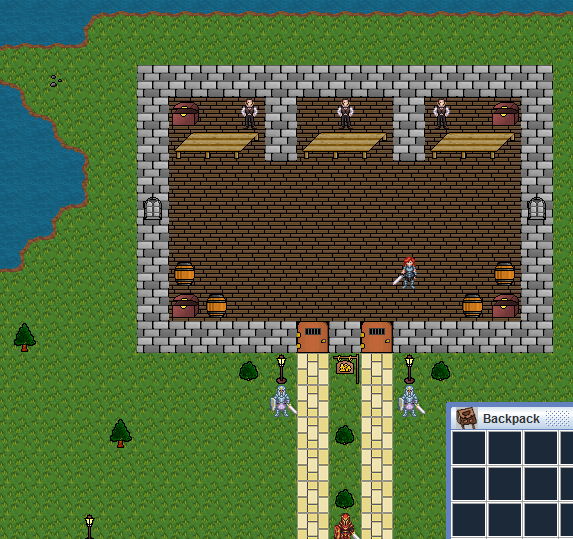 I am also working on ‘realistic’ sight lines.  If you are in a building you will see only inside that building and the outside will be black.  If you are standing next to a window, or a door is opened you can see that area also.  Still working on this, but it is pretty cool so far.